So after fiddling with a seized passenger side caliper twice, I gave up and made the trip to my grandparents where my parts truck is located.

Stole the caliper and rotor off the parts truck and got it fixed and checked the driver side as well. Inspected and brake cleaned the rear brakes which I had done last fall, everything was perfect.

I then realized how well matched my new to me topper is to the passenger side er.. patina 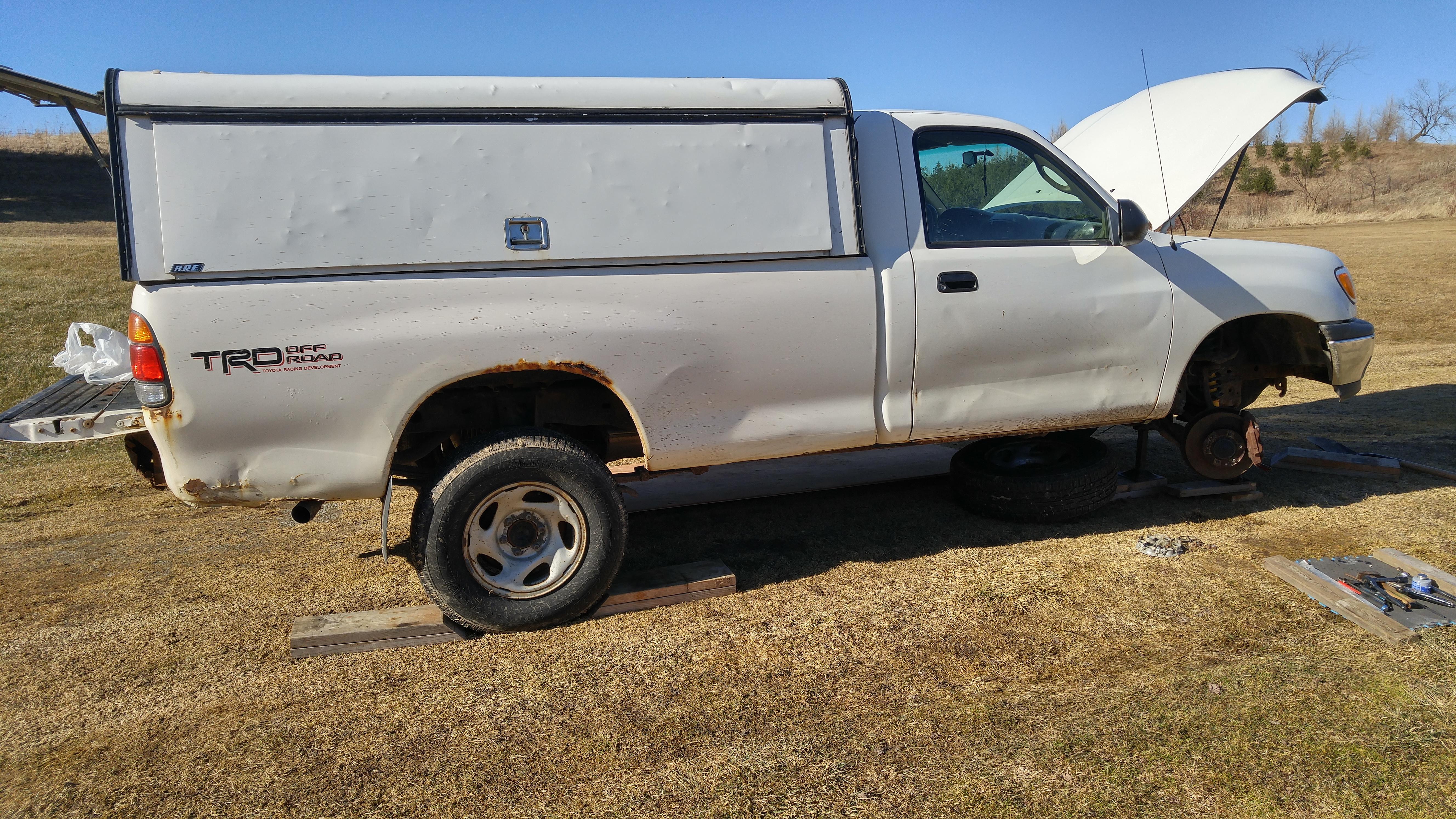 Since I got everything fixed in a couple of hours, I thought I’d get a head start on my frame/drivetrain/body swap.

So essentially I’m swapping my body and drivetrain into the new frame.

I parked the two trucks side by side and figured out the 6 bed mounts from the rear to the front are the same and the forward most bed mounts 2 rivets can be cut and directly bolted into existing holes in the access cab frame. The front body mounts and the mounts underneath the footwell are the same. The only mount that’s different is the rearmost body mount on the regular cab which can easily be cut flush with the frame and attached with 3/16 or 1/4 brackets.

The 02 trans uses a kickdown cable for the trans vs full electronic control, also considering the guy that sold the truck to me said “this thing does wicked burnouts” I’m a little skeptical of its lifespan.

It could be done, pretty easily I guess by swapping ecu’s but my engine/trans, even at 455000km runs like a dream, oil pressure is perfect, doesn’t burn oil and my trans has the trick shift kit. So I’ll be running the same drivetrain at least for the next couple years, maybe I’ll disassemble the o2 engine and put it back together with some trick parts and install it at some point. either way I have a spare drivetrain ready to go if I need it.

So I started the disassembly of the engine bay, took the rad out, intake, ac components, everything to be able to lift the body off the frame, only thing left is the engine harness, fuel line, snip a couple brake lines, doors/seats, body mounts and that’s it. 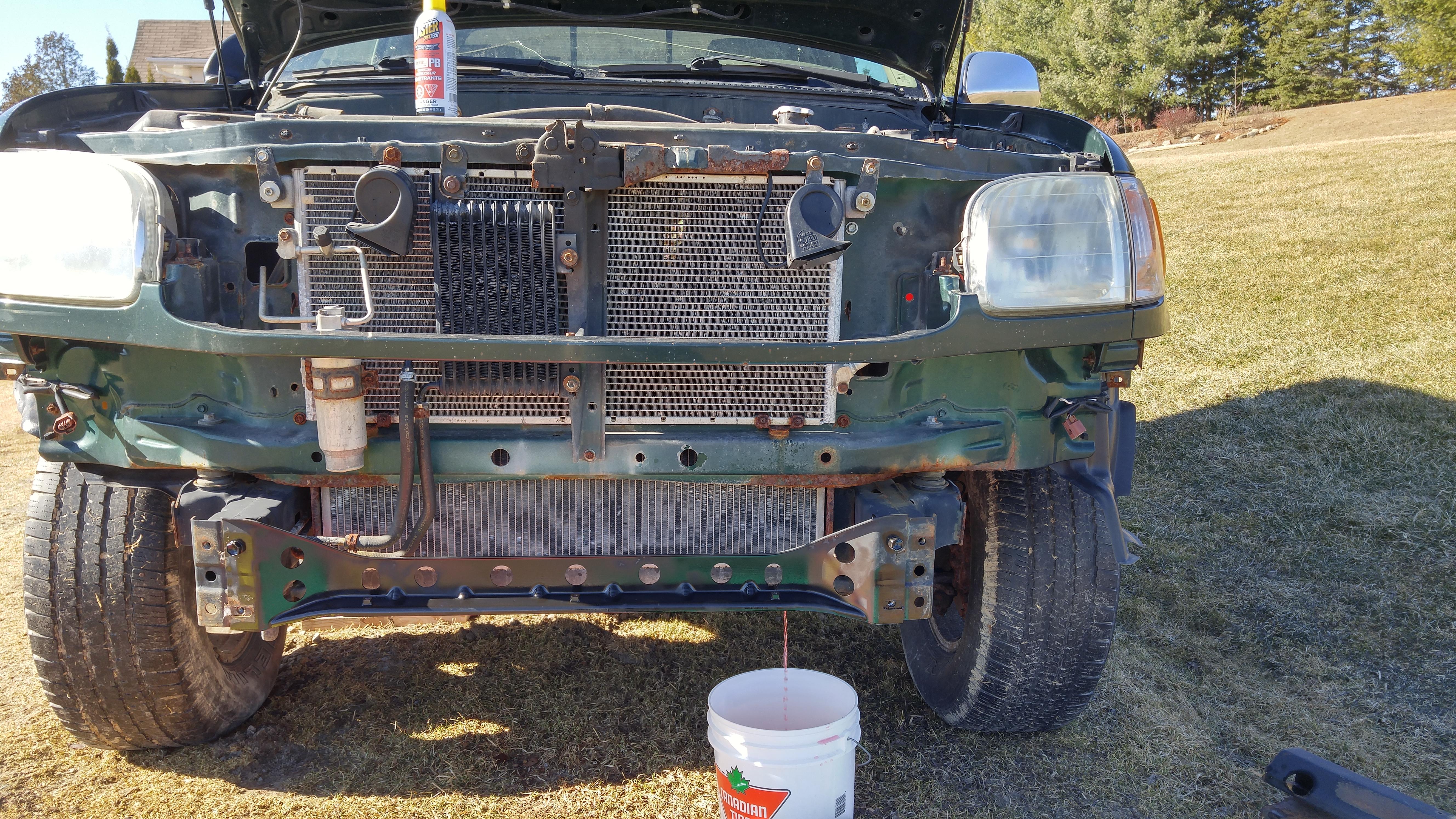 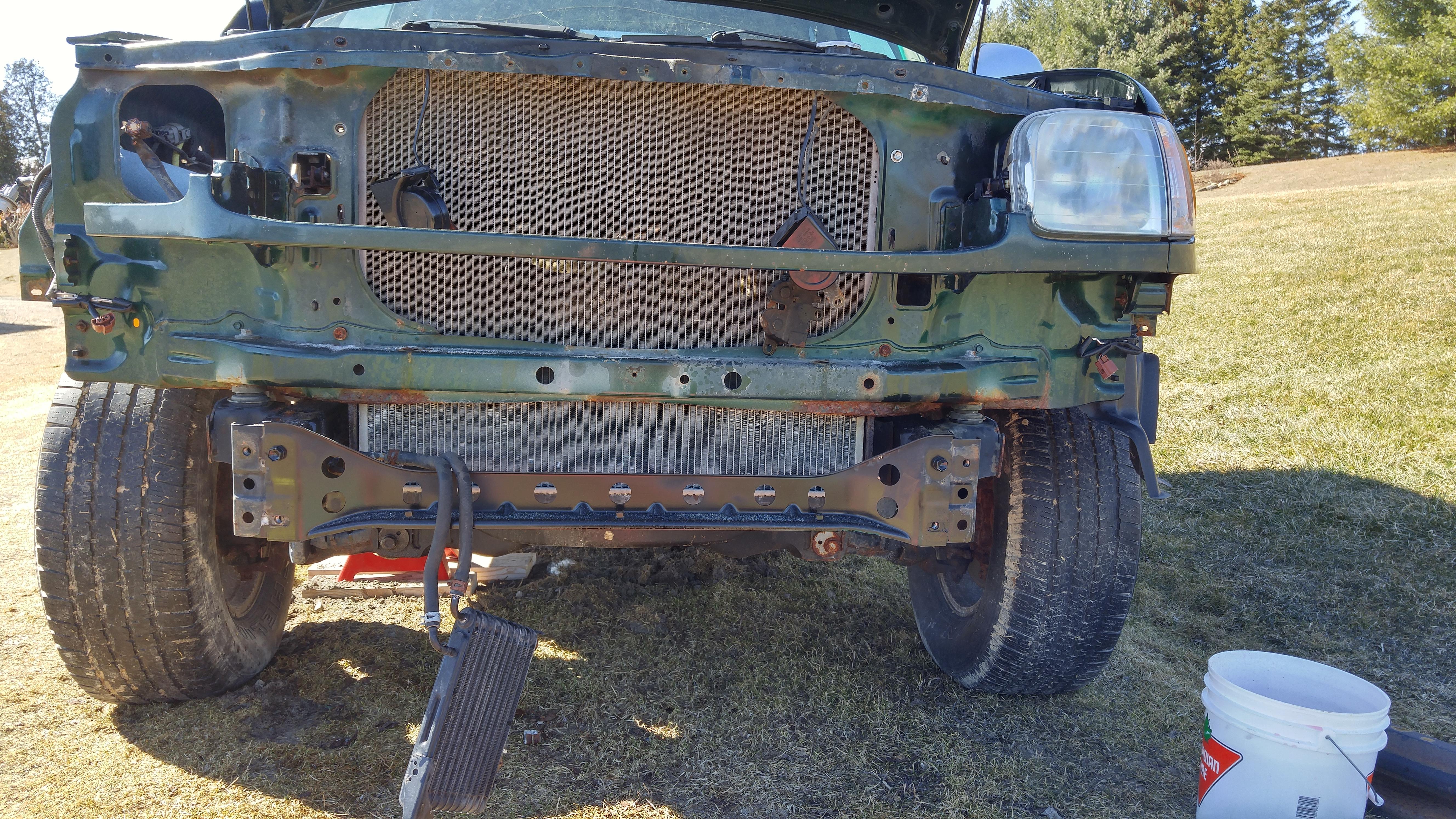